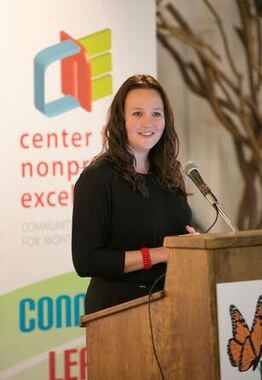 Jennie Burciaga
Executive Director
Currently the director of Restorative Justice Partners, Inc., Ms. Burciaga holds a Master's of Public Policy from California State University, Monterey Bay. Prior to working with RJP, Inc., Jennie served as a daycare provider and therapeutic counselor for youth who had become involved in the criminal justice system, then enjoyed a few years as a high school educator. These experiences continue to motivate her to reconstruct existing systems. Jennie advocates for restorative justice because the process offers education and opportunities to people who have broken the law and those affected by the crime: means are provided for all involved to take responsibility in determining next steps, and, in turn, learn skills that would allow them to make different decisions in the future. Jennie remains honored that her path of volunteerism led her to the amazing staffing and volunteer teams at RJP, Inc. Further, and perhaps most importantly, she continues to learn so much from staff, board of directors, partners and those served by the organization.
Arlene De La Peña
Lead Manager, Restorative Justice in Schools Program
Arleen De La Peña was born in Chicago, Illinois and into a family of two; her mother Ahide Serrano and brother Oracio Serrano who was born deaf. Due to Arleen’s brother's disability she is fluent in American Sign Language and in two other languages which are Spanish and English. Arleen was raised in Monterey County; she attended North Monterey County High School, Monterey Peninsula College, and California State University Monterey Bay (CSUMB). At CSUMB she studied Collaborative Health and Human Services with an emphasis in Social Work. She was fortunate to obtain the opportunity to intern with Restorative Justice Partners, Inc., and became part of the great team as a staff member as the Case Manager in the Schools on October, 2016 and in 2018 got promoted to be the Lead Manager for Restorative Justice in the Schools. As a Lead Manager, she works with local community leaders, school district boards, superintendents, administrators, teachers, children, parents, and other interested stakeholders who are able to implement the RJ in the Schools agenda. This opportunity has given her the ability to give back to her community which once gave to her! 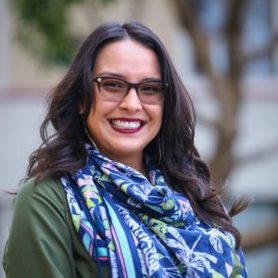 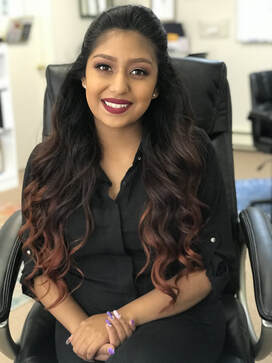 Jocelyn Mendoza
Victim Offender Reconciliation Program Coordinator
Jocelyn was born and raised in Monterey County. Growing up she attended MPUSD Schools and has experienced firsthand the needs in her community. She attended Monterey Peninsula College, and it was there where she came across the opportunity to intern for RJP, Inc. Working in the Victim Offender Reconciliation Program, is where she found her passion in helping her community. She fell in love with restorative justice, and it became clear that this was the path she wanted to follow. She was hired in 2018 to implement the RJ in the Schools Program and co-facilitate Victim Impact Program classes. Today she continues to support those served by RJP, Inc. by coordinating the Victim Offender Reconciliation Program. She remains grateful for the opportunity to learn, grow, and be a resource in her community. 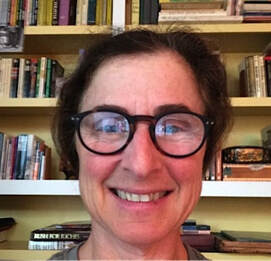 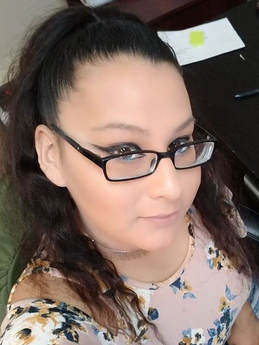 Elaine Levario
Administrative Assistant
Elaine, who was born in Gilroy, California, earned AA degrees in Business Office Technology and Business Administration at Monterey Peninsula College (MPC) in 2017. Through MPC, she served as an intern at RJP, Inc. in 2015, and the following year joined the team in the position of Administrative Assistant. Elaine’s main duties are overseeing and managing the RJP, Inc. office, providing a variety of general administrative and staff support.

Chris Sosa Loomis (she/her/hers)
Restorative Justice in the Schools Coordinator
Chris began at RJP as a Volunteer Mediator for the Merchant Accountability Panel in 2021. With a lifelong commitment to community service, Chris’ previous volunteer work includes facilitating groups for teenage Hmong refugees, tutoring Spanish-speaking immigrants to read and write in English, working as a suicide crisis hotline counselor, helping to establish a scholarship to support the career development of women and non-binary people of diverse backgrounds, and serving as a mentor to a first-generation college student. Her previous career was in book publishing for K-12 and higher education with a focus on social justice issues. Chris is currently a Master of Social Work (MSW) candidate at California State University, Monterey Bay. 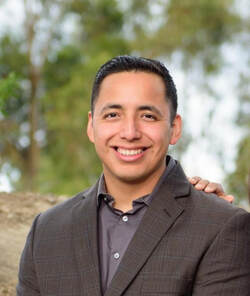 Luis Martinez
Victim Impact Program Case Coordinator
Luis began working with RJP as a Volunteer Mediator for the Victim Offender Reconciliation Program (VORP) in 2018. On the summer of 2019, he was hired on as a Victim Impact Case Coordinator for the Victim Impact Program (VIP). Wanting to further his education, he went back to school and is currently in the process of getting his Associates Degree in Administration of Justice at Hartnell Community College. Luis grew up on the east side of Salinas. He is a fraternal twin and is the oldest of five other siblings. Uncertain of what he wanted to pursue after high school, he got a job at a fast food restaurant where he met his wife, Maria. In 2011, He graduated from Central Coast College and received his California Pharmacy Technician’s license. He worked as a pharmacy Technician from 2011-2015 at CVS/Pharmacy, Natividad Medical Center, and Correctional Training Facility in Soledad. Near the ending of 2015, Luis was hired on with the County of Monterey where he currently works. He is passionate in helping his community and finds it very rewarding working with at-risk youth. 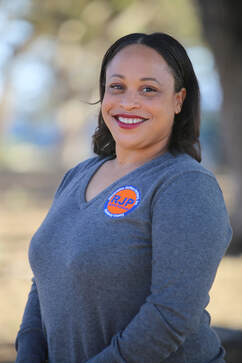 Caroline Diaz
Victim Impact Program Coordinator
Caroline Diaz is a lifelong resident of Seaside, CA, born in Fort Ord, CA and raised on the central coast. Caroline has a true passion for advocacy, restorative justice, and healing within the community. She began her career in community service volunteering for the YMCA, supporting domestic violence prevention education focusing on resiliency with the safe house program. In 2018, Caroline earned her Associates Degree in Human Services from Monterey Peninsula College, where she first learned about the RJP program. In the spring of 2019, she began working for RJP as a mediator for the Victim Offender Reconciliation Program where she provided support and education to those affected by conflict, to encourage accountability, reparation and empathy. In the summer of 2021, Caroline was hired on as a Victim Impact Coordinator. She is currently attending California State University Monterey Bay (CSUMB), majoring in the Psychology undergraduate program and plans to continue her education by enrolling in the Master of Social Work program (MSW) at CSUMB.
Copyright 2022  All rights reserved  Restorative Justice Partners, Inc.    Non Profit 501(c)3  #77-0168443
229 Reindollar Ave.,  Suite B Marina, CA 93933  By appointment only
restorativejusticepartners@gmail.com