VORP is supported and funded by the Juvenile Justice Crime Prevention Act. VORP is a restorative process that provides victims with the opportunity to meet the first-time juvenile offender in a safe and structured setting. VORP’s goal is to hold the offender directly accountable for his/her behavior and to give the victim the opportunity of asking “why me?” VORP also aspires to “make things as right as possible” with the offender, the victim, and the community. With the assistance of trained volunteer mediators, the victim is able to let the offender know how the crime affected him/her, to receive the answers to the questions they may have and to be directly involved in developing a restitution plan. Offenders are able to take responsibility for their behavior, to learn the full impact of their offense, and to participate in a plan for making amends and/or restitution. When the agreed upon restitution/agreement has been met, the legal case is closed, allowing the offender not to have to go to court and have this offense on their record. Currently, we have 37 volunteer mediators conducting on average 60 cases a year, impacting the offender, the victim, and approximately 360 other immediate family and community members. Over 87.6% of our offenders do not re-offend. 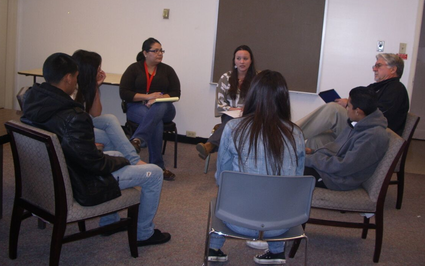 Merchant Accountability Panel
MAP
MAP is an innovative application of the VORP process which focuses directly on the pervasive crime of juvenile shoplifting. It was created by VORP in collaboration with the Monterey County Probation Department’s Restorative Justice Coordinator. Youth shop lifters are held accountable in a highly successful mediation process that brings a group of 4-6 youths to face the Merchant Representatives in a restorative, non-threatening venue. Each youth has the opportunity to tell his/her story and to listen to the Merchant Representative explain the consequences of their behavior on the store’s employees, management, the community, the police, and their families. As in all restorative justice processes, the intent is to “make things right as much as possible.” Restitution is agreed upon, and a letter of apology is written by the youth to the Merchant Representative. When all of the details of the agreement are successfully fulfilled, the case is closed and the youth is cleared of the charges. We receive on average 180 referral cases from the Monterey County Probation Department impacting the offender, the merchant and approximately 480 other immediate community members. Since 2003, we have operated at the Northridge Mall in Salinas; and from 2009, in the Del Monte Shopping Center in Monterey.

“I’m not happy I stole but I am happy I got caught… to be able to have this life changing experience before I turned 18.” Female minor, 17, was a great speaker and spoke from the heart, which is not easy in a room of strangers. She said she turned her life around after participating in MAP. Now, appreciating all she has, she gets good grades and stays positive about her future. 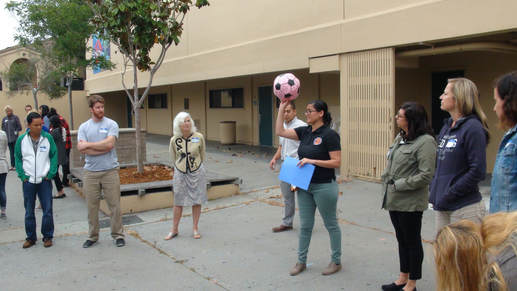 Circle of Hope
This program is for community members who have loved ones incarcerated.

Reintegration Circles
These circles assist people who have just been released from prison in preparing a successful re-entry.

Community-Building and Problem Solving Circles
These Problem-Solving Circles view community members as the experts in their own problems and solutions.